Who provide equipment and services to China Solar CSP plants? 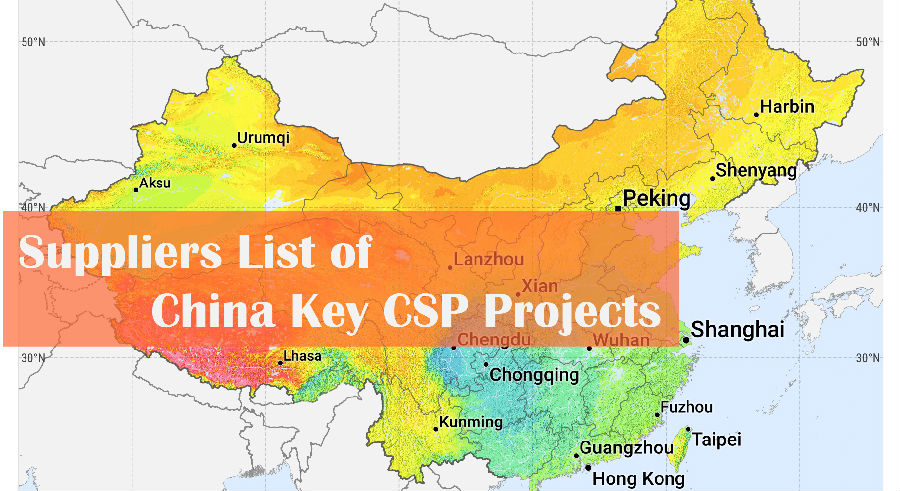 China now is commonly recognized as one of the most promising emerging markets for global concentrated solar power (CSP) industry. The situation and progress of the 1st phase of 20 pilot CSP projects is one of the most eye-catching issues which the industry players are looking at.

As CSP Focus keeps reporting, the overall execution of the 20 CSP pilot projects is relatively lower than expected, and 4 of them have been terminated and out of the list.

However, some exhilarating news has been happening in China CSP industry.

Around 10 commercial CSP projects are now under development and construction in China, and some biddings for systems and components & materials purchasing had been completed and winners announced.

CSP Focus has been keeping tracking on the biddings, and generating report on the results.

Taking an overview on the vendors' list, both Chinese local and foreign companies are able to get the deals.

Specifically, all the roles of development, EPC and construction had been taken by Chinese local companies, especially state-owned big ones. And in field of project engineering and technology, foreign companies including Abengoa, TSK, Worley Parsons Advisian, EmpresariosAgrupados (EA), sbps, Fichtner are providing consultancy.

The detailed list includes 13 key concentrated solar power projects in China, of which 11 are among the 1st batch of CSP pilot projects and 2 are others. List is as below:

To get the newly updated project progress and keep track on China CSP market,  you are welcome to join CSP Focus China 2019（Mar.21-22, Beijing） conference.