The Noor Solar Complex is a 500MW solar park located in the municipality of Ouarzazate in the Agadir district of Morocco. It is the biggest concentrated solar power plant project in the world.

The location of the project offers 2,635kWh/m² of sunlight a year, which is considered to be one of the highest in the world. The solar park integrates multiple utility-scale solar power plants equipped with various solar technologies.

The Noor solar park includes Noor I, Noor II and Noor III projects, which occupy an area of 2,500ha. The three power plants were grid connected by 2018. The Noor Solar Complex offsets 760,000t of CO2 emissions a year.

De Aar 1 was commissioned in 2014 and became operational in 2016. The project as developed under the South African Government’s Renewable Energy Independent Power Producers Procurement Programme (REIPPPP).

The De Aar solar project supplies green electricity to power up to 100,000 South African homes, making it the largest solar farm in the country.

The 165.5MW Benban photovoltaic (PV) solar park is located in the Aswan Province in Benban, Egypt. The solar park is med up of three solar power plants with an individual installed capacity of 67.5MW, 70MW and 28MW, respectively.

The 165.5MW project was constructed by CHINT Solar by August 2018. ACWA Power is the developer, financier and operator of the solar park, which involved an investment of $190m.

KaXu Solar One is a 100MW solar power plant near Pofadder in the Northern Cape Province of South Africa. It is the first commercially operated solar thermal electric power plant in South Africa.

Commissioned in March 2015, the public-private partnership (PPP) project supplies sustainable energy to South Africa’s power utility Eskom, under a 20-year power purchase agreement. Abengoa holds a 51% stake in the project while the IDC and KaXu Community Trust respectively own 29% and 20%.

The KaXu Solar One power plant is capable of delivering clean and green power to approximately 80,000 South African households. 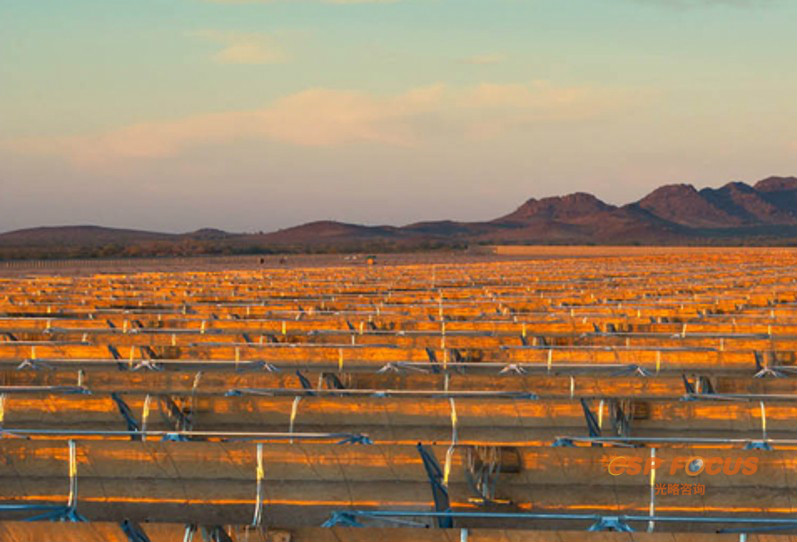 Xina Solar One is located in Pofadder, South Africa and a 100MW concentrated solar power (CSP) plant built by Abengoa with a $880m investment. The plant commenced its commercial operations in September 2017.

The CSP plant employs parabolic trough technology and offers 5.5 hours of thermal energy storage. The parabolic trough collector of the plant is touted to be the world’s biggest commercial CSP project to date.

The plant is anticipated to produce approximately 400GWh of energy, which is enough to power 95,000 homes while eliminating 348,000t of CO2 emissions per annum.

SENER and its partners Emvelo and Cobra completed the commissioning and testing of the 100MW Ilanga-1 CSP plant in November 2018. Located in Karoshoek in the Northern Cape province of South Africa, the plant is owned by Karoshoek Solar One (RF) Proprietary.

The solar power plant is anticipated to provide clean energy to approximately 100,000 South African homes while annually cutting down 90,000t of CO2emissions over 20 years.

The Kathu Solar Park (KSP) is a 100MW CSP project in Kathu in the province of Northern Cape, South Africa. The solar park started commercial operations in January 2019.

With a 96MW-DC installed capacity, Jasper is one of the most significant solar energy projects in Continental Africa. The solar plant is located in Postmasburg in the Northern Cape Province in South Africa.

The solar power project was developed by SolarReserve and its consortium partners Kensani and Intikon Energy. Construction on the Jasper plant began in October 2013, while the project became fully operational in October 2014.

The Mulilo-Sonnedix-Prieska PV project supplies enough power to 40,000 South African households through the Eskom grid, during its life span of 20 years.

The 75MW Kalkbult solar PV plant is situated near Petrusville in the Northern Cape Province, South Africa. Developed by Scatec Solar, the plant was officially inaugurated in November 2013.

Construction of the Kalkbult solar plant began in November 2012 and the facility was grid-connected in September 2013. The PV plant features 312,000 solar panels spread across 105ha of land.

The Kalkbult plant generates 135GWh of renewable energy a year, which is enough to feed 33,000 households. It will also offset 115,000t of greenhouse gas emissions annually.