As one of China first batch of 20 demonstration Concentrated Solar Power (CSP) projects, Shouhang Yumen 100MW Molten Salt Tower CSP Project is currently well prepared to start construction. Early-stage documents have been approved, and the optimization work of receiver tower design is to be completed, the tower building is supposed to be started very soon by the end of this month, said the project location Yumen officials.

To better provide support from the government, Hu Zhiyong, Mayor of Yumen city paid a visit to the 100MW CSP tower project site in Huahai CSP Park, Yumen city, Gansu province on May 19th. Mr. Hu got learned of the progress of the project and safety of the employees, he spoke highly of the rapid development of the 100MW CSP project especially under the COVID-19 epidemic. “Shouhang Yumen 100MW CSP Tower Plant is a flagship project in Yumen, it contributes a lot to the economic increase of the city.” Hu commented.

As CSP Focus reported earlier, the 100MW tower project with the original name of Gansu Jinta 100MW Molten Salt Tower CSP Project, is amongst China first batch of 20 pilot CSP projects granted in 2016, and was taken over by Shouhang from the previous investor, China Three Gorges New Energy Co., Ltd (Three Gorges) in February this year. With the investment from Shouhang, the project will be restarted and expecting final COD before Dec 30th 2021 after the past three and half years’ suspension.

Get fully learned of the current situation of China 1st batch of CSP demos and other projects, you may: free download the 24-page report on China Large-scale CSP Projects Update.

With a land area of 12.95 km2, Yumen Shouhang 100MW Tower CSP Project takes molten salt tower solar thermal power technology equipped with 12 hours’ thermal storage system. The project has successfully held feasibility study meeting in December 2019 last year in Beijing, and NWEPDI wrote and edited the feasibility report. And an investment of CNY 960 million will be completed by the end of this year for the project. 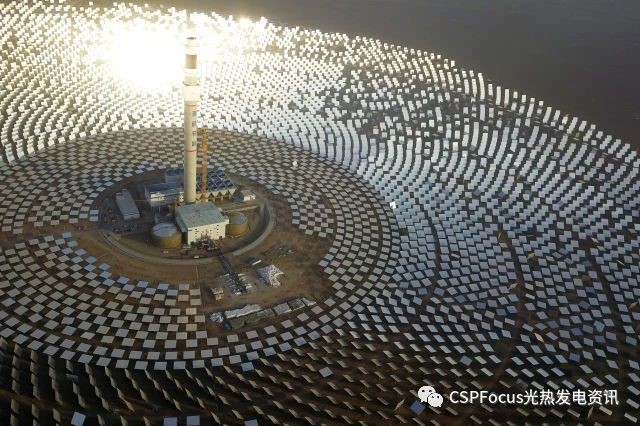 If you would like to get in touch with the project key players like Shouhang and NWEPDI, you are much welcome to join the upcoming 10th Annual CSP Focus China 2020 conference & expo on June 18-19 Beijing, where the top executives from the two companies will be attending as speakers.

Click here to get brochure or register directly of CSP Focus China 2020.