Spain’s National Energy and Climate Program (PNIEC) is expected to restart the development and construction of CSP projects that have been silent for 7 years, with up to new 5GW of CSP installed capacity to be added in the local energy matrix from 2020 to 2030. This news is like a booster, which greatly inspired the enthusiasm of the global CSP industry.

At present, regarding when the first round of bidding for the 5GW project will start, when the bidding rules can be clarified, and the current status of the Spanish CSP industry, CSP Focus interviewed Mr. Gonzalo Martin, the Secretary General of the association Protermosolar.

The 10th CSP Focus China Conference will be held in Beijing from October 22 to 23. Mr. Gonzalo Martin will also share "Spanish CSP Plant Operation Performance Analysis and Follow-up Project Opportunities" at the conference.

Q1: So many Spanish companies have recently begun to transfer plants, including recently SENER has also chosen to sell its three CSP plants (2*50MW trough power plants + 20MW molten salt tower power plants). Does it mean that they are not optimistic about the future rate of return of the plants?

A1: Many companies that previously held CSP plants are selling CSP assets to raise funds, but this is more a strategic decision rather than the expected return of the plant. These companies are developers and/or EPC companies and need cash for further investments. Long-term holding of power stations is not in line with their corporate development strategy. The second point is that at the beginning of the construction of these power stations, financing institutions were not very familiar with the technology itself, so the financing costs at that time were relatively high. Now the power stations have basically been operating stably for almost ten years, with a very good performance. Many power station owners have started to renegotiate financing interest rates with banks, hoping to reduce the pressure on repayment. For those companies that are less adept at dealing with banks, they will choose to transfer the power station to others. The third point is that after 2013, the Spanish government cancelled the fixed electricity price policy for CSP stations. The government calculated a fixed return of c.7.5% based on the weighted investment of each power station, but not the actual investment of each power station. Therefore, some power station owners felt that the 7.5% yield is lower than their initial expectations, so they chose to sell. But for some funds that want to invest in long-term regulated assets, the 7.5% rate of return is higher than the market rate of return. In addition, this also proves from another aspect that CSP technology has been recognized by the capital market.

A2: Before 2012, the government settled at a fixed electricity price to all CSP stations in Spain– the so-called Feed-in-Tariff. However, in 2013, the monolithic payment policy for solar thermal power generation on-grid tariffs was cancelled. Then, the government offered a fixed return rate of c.7.5% based on the theoretical investment and running costs of each power station. Some power plant investors have also filed a lawsuit with the Spanish government for this remuneration change. However, the bidding for the next 5GW CSP project will follow pay-as-bid scheme. 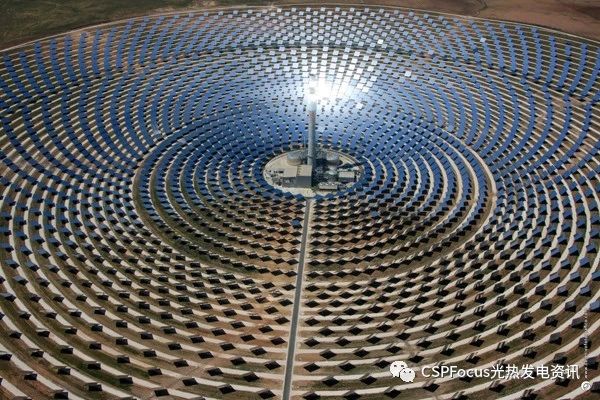 Q3: Is the transformation of existing power stations, such as adding thermal storage systems, a big market and will they face policy restrictions?

A3: This is indeed a big potential market. Among the 50 CSP stations in Spain, only 18 have thermal storage. According to the previous regulations, after 2013, the government would set a new electricity price for CSP stations at a rate of return of 7.5%, but at the same time required that the power station couldn’t make any significant modification, otherwise it would not be able to enjoy the electricity price. At present, our association is actively communicating with regulatory agencies the potential of this thermal storage addition. Many projects have reserved thermal storage areas during construction, and there is still space for solar fields. At the same time, all the necessary equipment in the power station is readily available for the existing plant, such as the turbine, the control system, the auxiliary subsystems etc. If the thermal storage system is added, It can greatly improve the load factor of the power station and increase the total electricity generation. But all this can only be achieved with the consent of the regulator.

Q4: Are there clear rules for the subsequent 5GW tender in Spain? According to different technology or time bidding? Is there a timetable for this 5GW project?

A4: At present, the detailed rules for the 5GW CSP bidding are not officially published. Within the EU, all member countries are required to submit energy plans before 2030 and Spain is currently considering adding 5GW of solar thermal installations before 2030 with biddings on a yearly basis. But all this has not yet been formalized. How to conduct the bidding, whether to bid according to different technologies, or according to the power generation volume during the day/night, or whether to bid for the final electricity price regardless of the technology, nothing has been determined. But in any case, these rules should be issued within this year, and the first round of project bidding is likely to be conducted also in 2020. By then, we are optimistic there will be an opportunity for CSP. At present, there is no clear calendar for the total 5GW allocation. We hope that there will be CSP companies bidding in the first round, which shows that the bidding rules are acceptable to CSP and there is industrial interest. If the first round is successful in terms of interest and prices, the chances of the subsequent second and third rounds of CSP will be greater and greater, and it is also possible that the total amount of CSP bidding could even exceed 5GW. 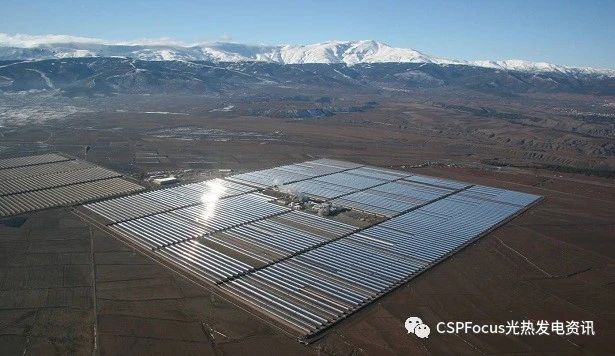 Q5: Will the subsequent bidding in Spain restrict the participation of foreign companies? Are there opportunities for Chinese CSP companies?

A5: There is no restriction to the participation of global bidders. So once the first batch of the 5GW project starts bidding, then Chinese CSP companies will face this huge opportunity. Because I have also seen that Chinese CSP companies are currently actively participating in the construction of CSP stations around the world. Whether it is for project EPC or equipment supply, more and more Chinese companies have made great efforts to reduce the cost of CSP stations. Great contribution.

Q6: Where is the way out for CSP in the future? Mixed with photovoltaic wind power? Medium and high temperature industrial steam?

A6: At present, the PV+CSP hybrid power generation model is adopted in the Midelt1 project in Morocco, which combines the advantages of both PV and CSP. But in fact, we think that the hybrid mode for the Spanish market is not necessarily PV and CSP co-generation both during the day, but PV power generation during the day and CSP power generation at night. In this way, the solar field area of the CSP power station can be reduced, reducing capital investment, and capturing energy during the day to be dispatched at night whereas the PV station produces while the sun is shining. Alternatively, industrial heat is also a big market. But unlike the CSP industry, there are several companies in the solar industry and each has different technical solutions. 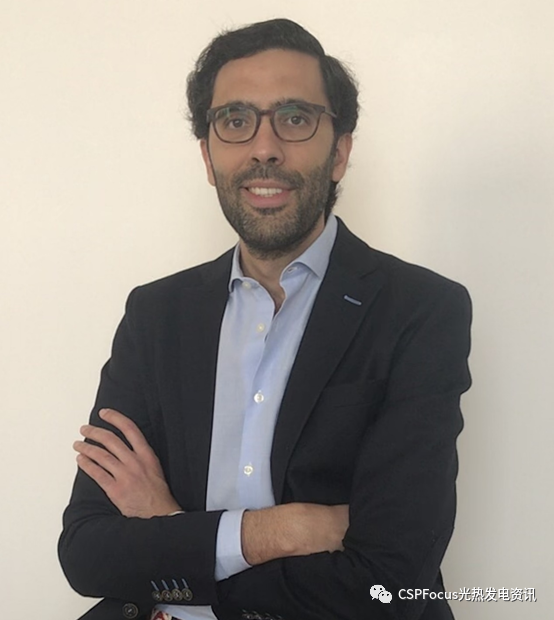 Gonzalo is a Spanish engineer with more than 13+ years of experience in the CSP sector, MBA and PhD in finance applied to R&D projects. Initiated its career at Abengoa with the design of the control system of CSP installations. In 2016 he moved to Atlantica, an asset management company with almost 1.5 GW of renewable energy installed capacity, first managing the Spanish CSP portfolio and lately as General Manager of a CSP plant in South Africa. He joined Protermosolar, the Spanish CSP association, as Secretary General in April 2020.