Recently, the 1st batch of 1365 high temperature vacuum receiver tubes have been sent from Royal Tech Changzhou factory to the Inner Mongolia CSP plant site. The Changzhou factory is ready for offering receiver tubes both for the Urad 100MW plant and the other Yumen 50MW CSP project. 35,000 tubes have been produced now, and the 2nd production base with annual output of 240,000 is also under construction. 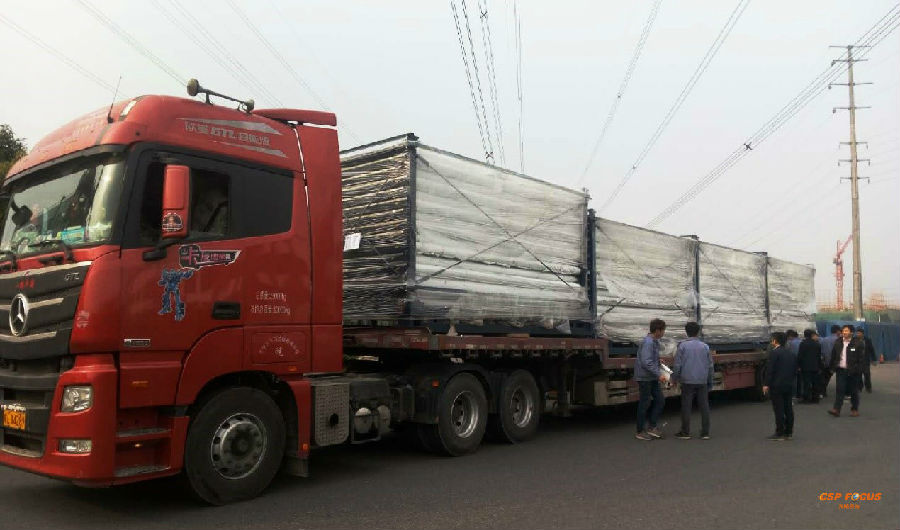 Till now, 95% of the field leveling work has been finished. The foundation installation of the 20,000 square meters workshop has been completed and structure would be installed by December.

Construction started in April and feasibility study finished in November, the CNNC Royal Tech Urad 100MW parabolic trough CSP project is expected to have main plant construction complete by July 2018, and step into commissioning stage and be connected to the grid in October, 2018.

As a crucial player in both Yumen 50MW CSP project and Urad 100MW CSP project, Royal Tech CSP will be attending CSP Focus China 2018 Mar.22-23 Beijing  conference, and sharer more news on the project and experience in solar field EPC and receiver tube. SAVE USD 300 by registering before Dec.7th.

Located in the Middle Banner of Urad, Inner Mongolia, the project covers an area of 490 hectares. With DNI of 2000kWh/m2/yr, the total annul power generation of the project is predicted to be 350 million. The project is designed to be equipped with one 100MW CSP air condensing generator unit and temporarily deploys 10 hours’ molten salt thermal energy storage system.