China has played an important role in supporting the future energy mix strategy of the United Arab Emirates (UAE), the UAE Minister of Energy and Industry Suhail Al-Mazrouei said Tuesday.

"China is an important country for us, in relation to the manufacturing of solar panels and reducing the overall costs of solar energy and the overall cost of renewable energy," Al-Mazrouei told Xinhua on the sidelines of the ongoing 11th World Future Energy Summit in the capital Abu Dhabi, which will run through Thursday.

According to the minister, the UAE, a major oil supplier with 99 percent of domestic energy needs based on oil and gas, aims to increase the share of clean energy from near zero three years ago to 50 percent by 2050.

Of the 50 percent clean energy share, 44 percent shall be based on renewable energy, and six percent will be nuclear energy.

"Our relationship with China and the business opportunities that we have seen have showed that the potential is even higher," he noted.

Trinasolar, a major solar firm headquartered in China's eastern province of Jiangsu, has provided equipment to the UAE green project "Dubai Sustainable City," which consists of 500 residential villas grouped into five clusters and a 170-room hotel with 40,000 solar panels, according to Trinasolar's website.

Earlier in the day, Al-Mazrouei pinned hopes on the large project in his keynote speech at the summit.

"Prices for CSP are still a bit more expensive than gas, but I think in the future it will be a competitive source to gas," he said.

China remained as the UAE's top trade partner in 2016, WAM reported citing statistics from the UAE Ministry of Economy. 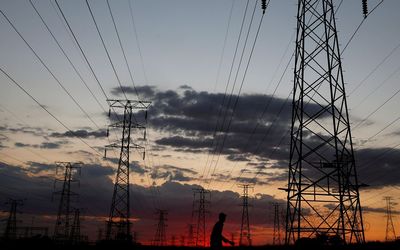