According to previous news release,the auction announcement was released by Government of Baicheng Municipal City of Jilin Province in Sept 9th, including a total capacity of 1.4GW Renewable Energy projects, among which 800MW Wind, 400MW PV and 200MW CSP.

The projects will be located in two places under Baicheng City, namely Tongyu County and Da’an City, each of which will share the capacity in equal. See below a chart of the project allocations and bid winners.

According to the announcement document (in Chinese, contact sunnys@cspfocus.cn if you need a copy), the bidder should be registered in China, and a consortia bidder of 2 members will be allowed. One single bidder or consortia can only apply for one bid in each location.

Winner of Bid One is a consortia led by SPIC, one of the biggest energy groups in China, and another company Zhejiang Zhongguang New Energy, which is the owner of Qinghai Supcon CSP project, a 50MW molten salt tower project. Most likely they will take the 100MW CSP, together with 200MW Wind and 100MW PV, located in Tongyu County. While Power China, as the winner of Bid Two, will take 200MW Wind and 100MW PV in the same location.

CGN is the mother company of CGN Solar Energy Development, the owner and project company of a 50MW Parabolic Trough CSP project in Qinghai Delingha, which is the first CSP project in China, with funding support from ADB. Together with the local energy investment entity, Baicheng Energy Investment Development, CGN formed a consortia and won the Bid Three. They are supposed to take the 100MW CSP, together with 200MW Wind and 100MW PV, located in Da’an City. While another consortia led by China Datang New Energy, and CEEIC, both of whom among the top energy groups in China, bag the fourth bid of 200MW Wind and 100MW PV.

The bidding project should be completed and connect to the grid with full capacity before Dec 31st 2023, operation 25 years for PV and CSP, 20 Years for Wind, since COD 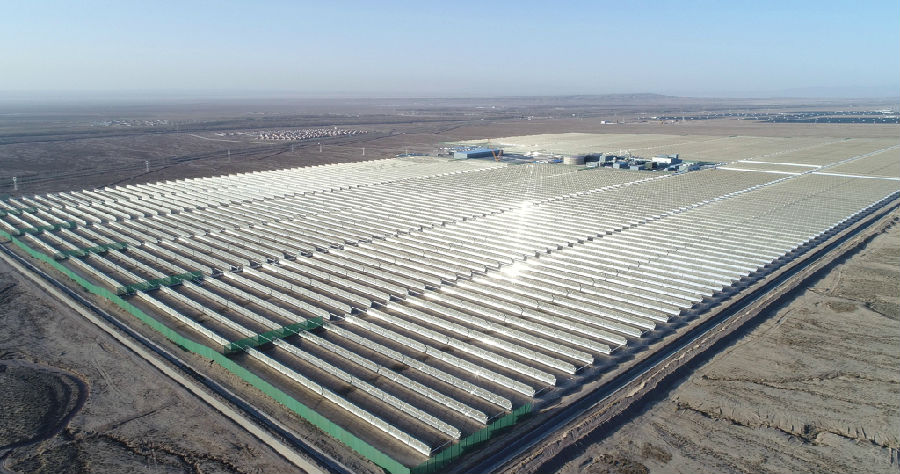 A New Era of CSP Begins in China

As was analyzed in the latest news release by CSP Focus, “CSP Opportunities under China's “Net-Zero” Ambition”, CSP was recognized as a key stabilizer in the power system as more REs portfolio in the future energy mix.

3*100MW CSP auction was announced by Qinghai Government on Sept 6 last week, together with this 2*100MW CSP projects, we believe more CSP will come soon in China.

The conference will be ON LINE too, with instant bilingual translation, given the constraints of international travel currently.