Getting Concentrated Solar Power (CSP) down to $0.05 per kWh

The U.S. Department of Energy is funding research to get the cost of Concentrated Solar Power (CSP) down to $0.05 per kWh. One key element of that research is the materials used to absorb and store the heat energy. Three categories of materials are being looked at: liquid (i.e. molten salt), particle (like sand), and gaseous. NREL is leading the molten salt research, and there are multiple challenges. The salts can corrode the storage tanks and pipes, so corrosive impurities must be removed. Different salts must be investigated. Commercial molten salt systems use nitrate salts, but these start to degrade above a certain temperature. So chloride salts could be a better alternative, though these salts must be stable at high temperatures (they only liquefy at over 400°C). The research into optimising molten salts for heat storage can be used in other applications, including solar fuel synthesis, high-temperature fuel cells, and the nuclear industry.

An employee runs diagnoses on heliostats at a solar thermal facility in Nevada / Photo by Dennis Schroeder, NREL

Concentrated solar power (CSP) has long held promise as a renewable energy technology. CSP uses mirrors, or heliostats, to harness the power of the sun by heating and storing an inexpensive medium such as sand, rocks, or molten salt for on-demand energy dispatch.

To spur CSP industry advancement and achieve an energy cost goal of 5 cents per kWh, the U.S. Department of Energy’s (DOE’s) Gen3 CSP program funds research to explore the potential of several heat transfer mediums. National Renewable Energy Laboratory (NREL) researchers are contributing to this effort, tackling several challenges related to the use of one potential medium—liquid-hot molten salt—for energy transfer and storage.

In March of 2021, DOE down-selected among the three pathways to fund further research into particle-based storage, but also created an opportunity for NREL to further develop the liquid pathway over the next two years.

Craig Turchi leads thermal energy science and technologies research at NREL. He said that molten salts are a desirable option for a heat transfer and storage material — liquids are easy to work with as they can be pumped through pipes and heat exchangers to move around a CSP system. Unfortunately, some practical challenges also remain, which are the focus of current NREL research.

While easy to move around, salts are also corrosive to the tanks and pipes that hold them. In fact, according to Turchi, “Everyone initially thought that salt corrosivity would torpedo this effort. We actually solved that problem by and large. NREL and partners did a lot of great science on the salt chemistry—how to purify it, how to make it relatively noncorrosive if you control the chemistry, and we demonstrated that in the lab.”

So, corrosivity is not the biggest problem with using molten salts. Instead, the challenge lies in achieving very high temperatures needed for a high-efficiency power plant. The salt’s energy density requires relatively large — and therefore, expensive — storage tanks and one must keep the salts from freezing in the pipes (while thermally stable as a liquid to very high temperature, these salts freeze at a not-so-chilly 400°C). 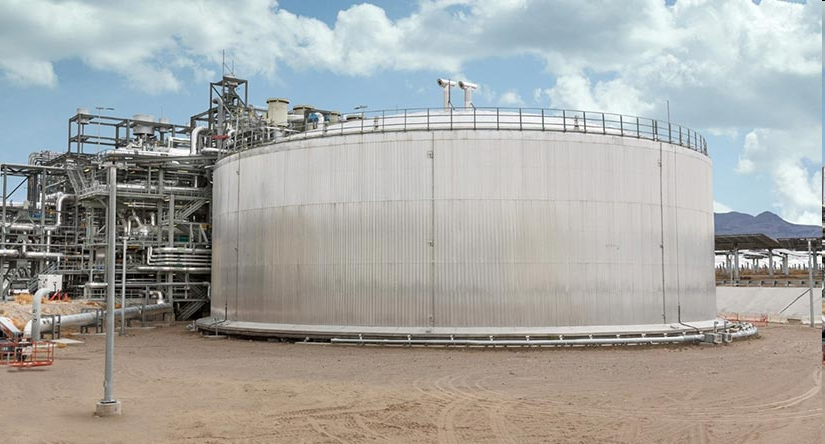 Turchi said this is related to how you insulate the system. “We had performed testing to show which materials could work but hadn’t actually built a tank to demonstrate that it did work. Our design is a steel tank, but whereas the current tanks are insulated on the outside, our proposed tank was insulated on the inside to protect the steel.”

DOE awarded NREL $2 million to build a prototype tank to evaluate its integrity when filled with molten salt. The tank is currently being built and will be operated on the mesa above NREL’s Golden, Colorado, campus.

Challenge 2: finding the right salts to use

There is more than one kind of salt, so NREL’s work developing the Gen3 CSP liquid path also involved selecting and experimenting with new salts. Commercial molten salt systems use nitrate salts; however, these start to degrade once the system reaches a certain temperature. The NREL team wanted to reach higher temperatures to achieve more efficient energy conversion for higher-efficiency power plants, so they explored an alternative — chloride salts.

Youyang Zhao is an NREL researcher who has been studying salt chemistry for the Gen3 liquid pathway project for the last three years. Zhao said he started out by finding ways to reduce the impurity levels of industrial salt. Additionally, Zhao said, “We were optimising the salt composition to lower the melting point of the salt. The lower the melting point, the more time we have to work with the material.”

Zhao’s work led to the decision to design the new prototype tank for chloride salt.

This new opportunity is an important continuation of their efforts. “At a high level,” Zhao explained, “we are connecting fundamental science to future engineering. I’m not creating the component design, but trying to find out the basics, such as chemistry and material knowledge, to provide information so people can design systems better.” 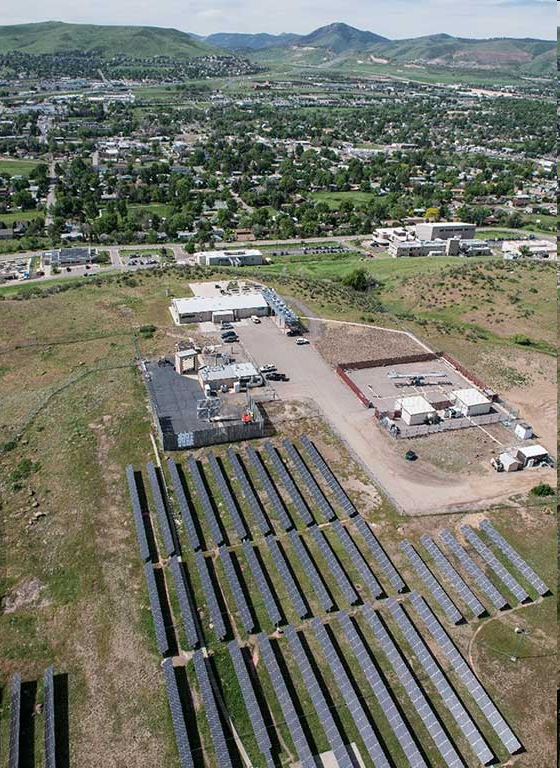 The prototype molten chloride salt tank will be built on the mesa top above NREL’s Golden, Colorado, campus / Photo by Dennis Schroeder, NREL

Kerry Rippy is an NREL expert in inorganic chemistry and has supported the Gen3 CSP liquid pathway in several capacities. In the lab, her team explored and demonstrated electrochemical methods to remove corrosive impurities in molten chloride salt. Now, they are continuing this work with the University of Wisconsin to demonstrate the reliability of the purified molten chloride salt as it flows through a scaled-up prototype that mimics an industrial system.

Rippy is also supporting the mesa top tank testing project. The cost of the containment vessels is high, so the team is investigating new materials to store the salt, at varying temperatures and in large volumes for up to 10 hours at a time. Rippy is helping to develop an electrochemical sensor inside the tank to monitor the purity of the salt during experimentation.

Rippy said a molten salt chloride pathway merits further exploration for the benefit of CSP and beyond: “There are multiple potential avenues for this research to be valuable. It can be beneficial for solar fuel synthesis; it could enable high-temperature fuel cells, and the nuclear industry is also really interested in this research.”

Turchi concurred. “The nuclear industry is developing a number of ‘Gen4’ reactors of its own, some of which use molten chloride salts.” Results from the upcoming tank testing could drive down tank costs for a number of energy industries.