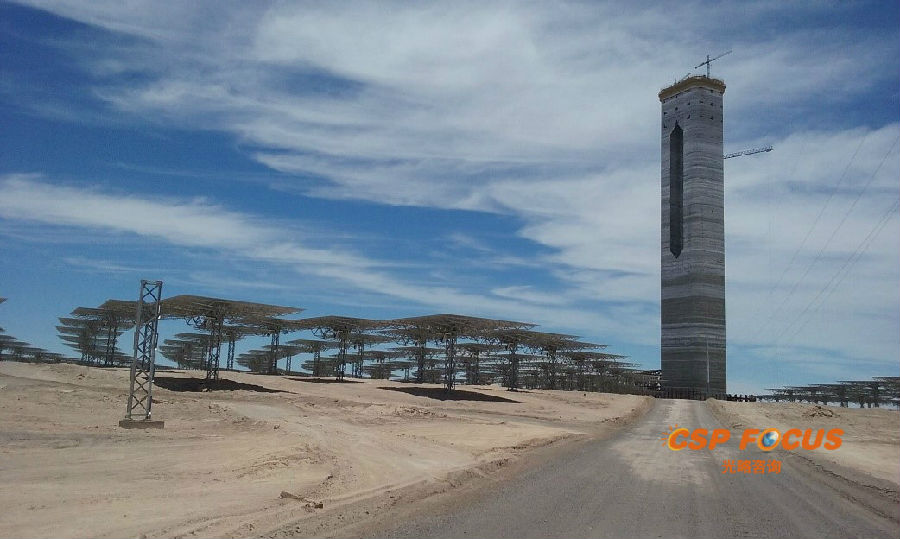 MAY: First stone of the concentrated solar plant.

DECEMBER: The Project secured up to 950 GWh/year for 15 years, under the tender of the Ministry of Energy. Due to its design, the Project was able to compete in different time blocks.

JANUARY: Installation of the first heliostat.

First stone of the photovoltaic plant.

FEBRUARY: Recognized as the sustainable project of the year by the Inter-American Development Bank.

MARCH: APW1 jointventure is created by EIG and Abengoa.

NOVEMBER: The tower is finished. 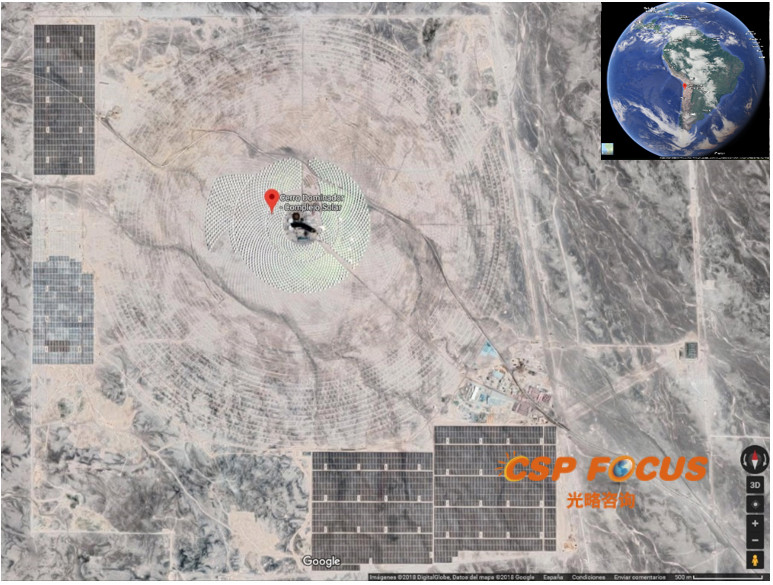 Cerro Dominador’s heliostat field will have a total surface of 700 hectares and 3 km in diameter. (Satellite Image: Google Earth)

OCTOBER: EIG takes over control of the Project. 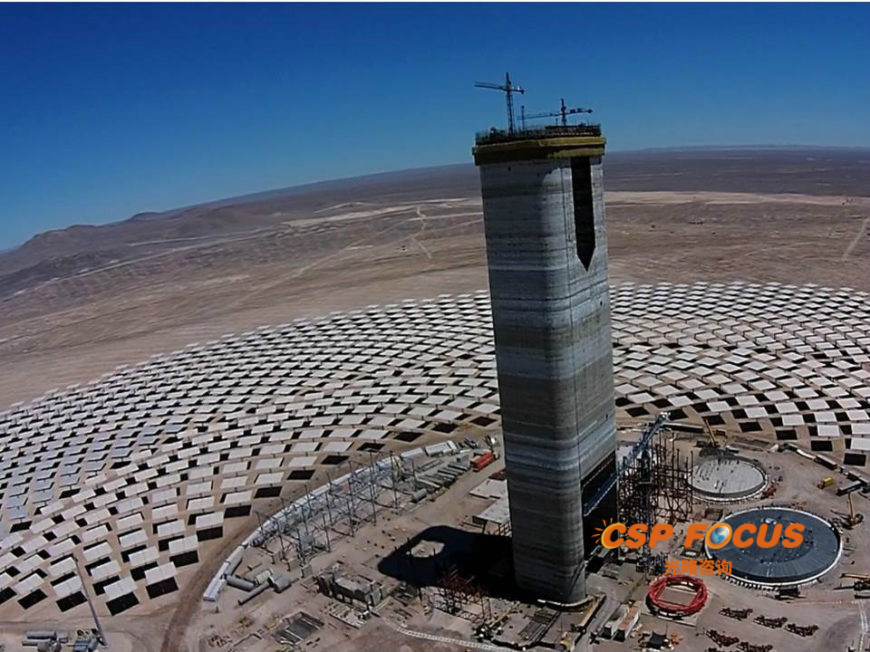 Cerro Dominador emerged from a tender by the Chilean Government through Corfo –Corporación de Fomento a la Producción–, to develop and build a 110 MW solar thermal plant with 17.5 hours of thermal storage in molten salts.

The project will be located in the Atacama Desert, the area with the highest solar radiation concentrations worlwide.

The solar plant will have a pioneering thermal storage system with 17.5 hours of storage that makes this technology highly manageable, enabling it to supply electricity in a stable way, 24 hours a day, allowing to respond to all periods of electricity demand.

This project is located in the commune of María Elena in the Antofagasta region, northern Chile. It forms part of the Chilean national renewable energy program, intended to provide the country with a cleaner energy future, while also promoting its economic development and reducing its dependency on coal and natural gas. Chile aims to produce 20% of its electricity from clean energy sources by 2025.

The project has been recognized in terms of sustainability at national and international levels, one of the most notable is the Inter-American Bank Infrastructure 360° Award in the Climate Change and Environment category. The distinction was given for its commitment to the environment and its contribution to the generation of clean energy, free of greenhouse gas emissions.

In March 2015 EIG Global Energy Partners joined the project, with a 55% ownership. At the beginning of 2016, construction was slowed as a result of Abengoa’s financial situation. In October 2016 the Project becomes property of EIG, who takes on operational and management control and initiates the process of reactivation of the works.