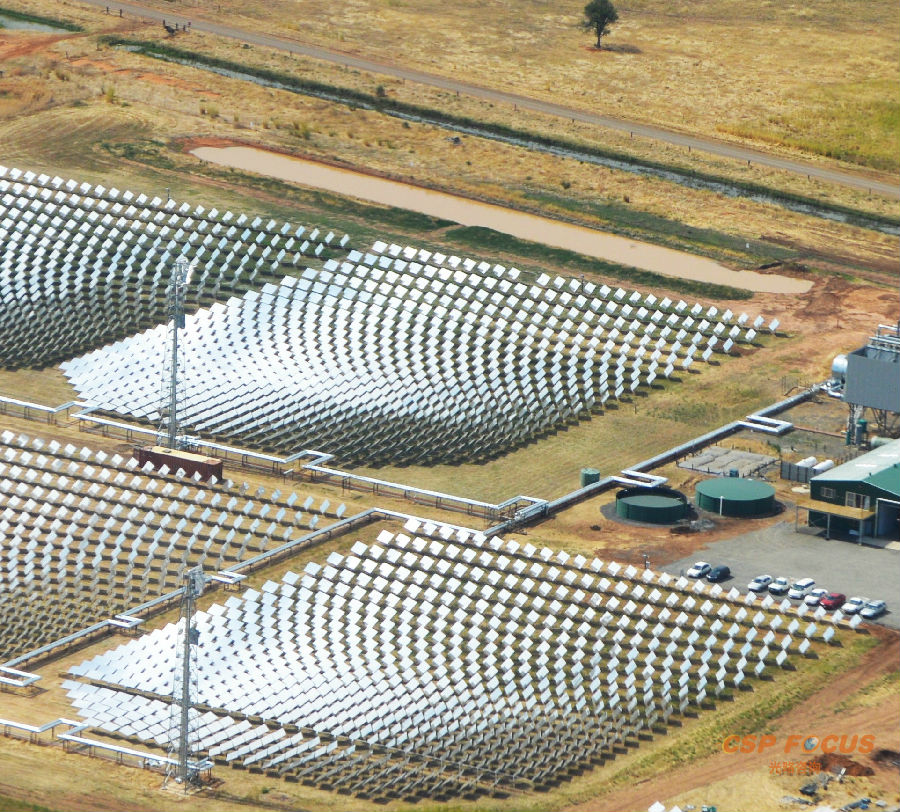 The developer is currently in talks with several potential offtakers over a commercial CSP-PV facility and is working to confirm the site and offtake agreements within the next six months, Wood told New Energy Update.

“The final configuration will depend on the needs of the off-taker,” he said.

“In terms of location, we are assessing several options in some of the highest DNI [direct normal irradiance] locations in Australia,” he said, implying northern or western regions.

For its first commercial plant, Vast Solar has pivoted away from an earlier plan to build a 50 MW CSP-PV plant in New South Wales, Australia’s south-eastern state. The earlier project was based on 30 MW of CSP capacity with 10 hours of molten salt energy storage capacity and was estimated to cost A$240 million ($164 million), the company said.

Since June 2018, Vast Solar has operated a 1.1 MWe pilot plant in Jemalong, New South Wales. The A$24 million pilot plant consists of five modules and three hours of storage capacity and received A$9.9 million in funding from the Australian Renewable Energy Agency (ARENA).

“One of the key learnings from the Jemalong Pilot Plant is that CSP performance is sensitive to clouds in a non-linear way – the sunnier the better,” Wood told New Energy Update.

“Given that, we’ve chosen to build our first commercial plant in a location with better DNI as it will help the economics. That said, the economics will work in locations closer to the coast in the second and subsequent plants.” he said.

Mining companies consume around 10% of Australia’s energy demand, according to a document published by ARENA in 2017. 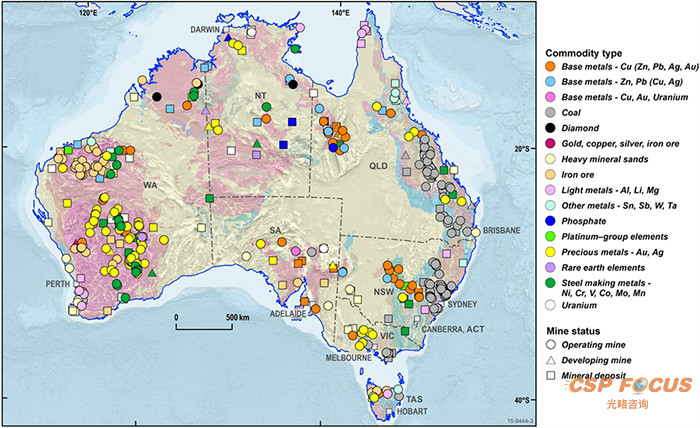 Some mining companies have invested in PV and wind solutions to reduce carbon emissions. Projects include an 11 MW PV plant with 6 MW/1.4 MWh of lithium-Ion battery storage at SandFire Resources’ DeGrussa Copper-Gold Mine and an 8 MW PV with 2 MW/1 MWh storage plant at Gold Field’s Granny Smith gold mine, both in Western Australia. Other facilities include a 5 MW hybrid PV-wind system at the Coober Pedy mine in South Australia.

Most of these renewable energy facilities do not supply the full power requirements of mining operators, requiring supplementary fossil fuel units.

CSP with storage, combined with PV, can provide dispatchable power 24-hours a day, minimizing the need for carbon-emitting plants.

“There are numerous mining loads that will see benefits from CSP, often in conjunction with PV,”Wood said.

“For example, we can accommodate topography variations more easily, leaving existing topography undisturbed and reducing the amount of civil works required,” he said.

Vast solar predicts it could reach financial closure on its first project within 12 months of offtaker and site selection. Construction duration is estimated at two years and commercial operations could start as early as mid-2023, Wood said.

In its latest National Integrated System Plan, AEMO predicted between 14 GW and 48 GW of new grid-connected variable renewable energy sources across the National Electricity Market (NEM) by 2040, depending on electricity demand growth. By 2040, AEMO forecasts around 20 GW of installed energy storage capacity.

“The demand for CSP in the NEM is relatively small at the moment but that will change as the coal fleet retires and the penetration of intermittent renewables increases to the point where it becomes self-limiting,” Wood said.

“Dispatchable renewables will be required to enable further decarbonization of the electricity generation sector and we expect this to be provided at a grid-scale by limited pumped hydro and CSP,” he said. 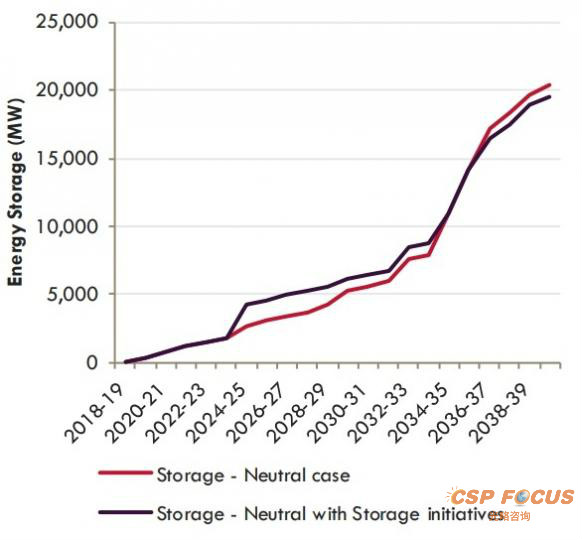 Under current targets and policies, CSP may be required in the transmission network from around 2031, requiring 3.9 GW of capacity by 2040, consultancy Jeanes Holland and Associates said in its 2018 report, ‘Australian Concentrating Solar Thermal Industry Roadmap.’

South Australia has presented CSP developers with an early grid-scale opportunity by tendering for 100% of government power needs, some 500 GW/year, from renewable sources.

The South Australia government issued a request for proposals (RfP) on October 24 and shortlisted participants will enter a request for tender (RfT) in Q1 2020.

The tender was relaunched after U.S. CSP developer SolarReserve failed to secure funding for its proposed 150 MW Aurora CSP project, despite government backing.

In 2017, the South Australia government awarded U.S. developer SolarReserve a 20-year power offtake agreement at a highly-competitive maximum price of A$78/MWh. Under the arrangement, SolarReserve would take wholesale market (electricity pool) risk on the output over and above the government load profile and retain 75% of renewable energy certificates issued for the plant, it said.

“We are hopeful that the [South Australia] Government will support the development of a CSP industry in the State through its current procurement process,” he said.