GlassPoint Solar plans to steam ahead in GCC EOR

In his first interview since becoming the global CEO of U.S. firm GlassPoint Solar, Steven Moss speaks exclusively to Pipeline Magazine’s Nadia Saleem about the company’s successes in and future plans for GCC EOR projects

GlassPoint has just launched the Miraah solar plant in Oman. What does this mean for the company’s future plans for the region in the EOR field?

We are very proud of the pioneering work we have accomplished at the Miraah solar project with our partners Petroleum Development Oman (PDO). Last year we completed construction of the fi rst four blocks of Miraah safely, on schedule and on budget. To date, we’ve successfully commissioned 100 MWt and the project is meeting all targets for steam output required by PDO’s Amal fi eld. We are on track to complete another eight blocks early next year and will continue to scaleup the project in line with PDO’s fi eld developments.

Thanks to our track record in Oman and our partners, including PDO and Shell, we have proven our technology and our ability to execute. Many oil and gas producers have visited Miraah over the past few months to GlassPoint SOLAR plans to steam ahead in GCC EOR In his first interview since becoming the global CEO of U.S. firm GlassPoint Solar, Steven Moss speaks exclusively to Pipeline Magazine’s Nadia Saleem about the company’s successes in and future plans for GCC EOR projects see our technology in action, and I expect we’ll see others follow in PDO’s footsteps.

GlassPoint’s solar technology provides an innovative solution to develop heavy oil, while simultaneously reducing carbon emissions and production costs. These are two of the biggest challenges facing the energy sector today. Demand for our solar steam generators will rise as Oman and other countries in the Gulf region develop their heavy oilfi elds.

More than half of the world’s remaining reserves are heavy oil, which requires thermal Enhanced Oil Recovery (EOR) or steam injection to produce. Approximately 95 per cent of the energy consumed on a heavy oilfi eld is in the form of steam, not electricity. GlassPoint offers a solution to produce this steam from sunshine rather than natural gas. Using solar steam reduces fuel costs—the biggest operating expense— while releasing natural gas for other applications, where it can be used to fuel the region’s growing economies. 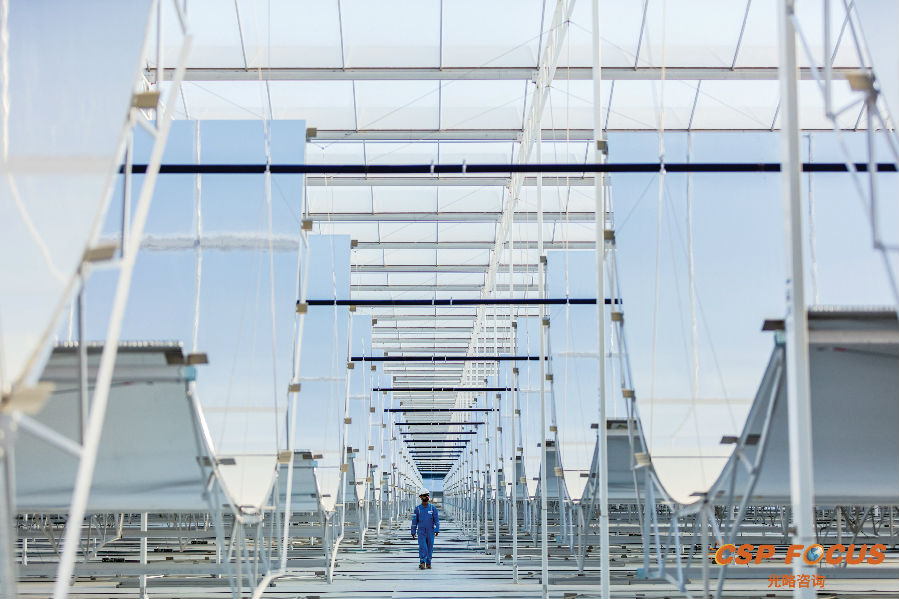 You’ve just taken on as GlassPoint’s CEO. What will be your primary focus going forward?

I’ve been working in the global energy sector for the last two decades, most recently in the renewables space. I had been watching GlassPoint from afar for many years and am thrilled to bring my experience in project delivery and operations to lead GlassPoint’s growth plans. As a company, we are focused on diversifying our project portfolio in new markets in the Middle East and North America and commercialising next generation technologies. In addition to executing on Miraah, we are also developing a project with Aera Energy in California, USA. The Belridge Solar project will be the state’s largest solar plant and the fi rst in the world to use both solar steam and solar electricity to power oilfi eld operations. We’re currently transferring knowledge and lessons learned from the Miraah project over to our growing team in California.

What’s the business outlook for the company in the GCC? Where do you see new business opportunities?

More than ever, GCC leaders are embracing the energy transition. In just the past few months, we’ve seen major announcements from Saudi Arabia to the UAE and Oman revealing plans to diversify their energy mix with renewables and reduce domestic consumption of fossil fuels. GlassPoint stands at a unique position, offering a solar technology tailor-made and proven for oil and gas deployment. We’re uniting the two industries to produce today’s energy at lower costs and with less environmental impact, and at the same time, we’re helping the oil and gas sector develop expertise and new capacities for the new energy era.

“As a company, we are focused on diversifying our project portfolio in new markets in the Middle East and North America and commercialising next generation technologies.”

In terms of EOR, the biggest markets for deploying solar are Oman and Kuwait. Both countries have increasing heavy oil production targets and natural gas is in short supply. In addition to that, there are several other oil and gas applications with high steam or heating requirements, where GlassPoint can provide a low-cost, emissions-free solution. I expect we’ll see more interest out of the GCC as national and international oil companies develop their renewable energy strategies and seek ways to reduce energy consumption throughout their operations.

Is GlassPoint working on new technology that would improve EOR methods? Can you speak about some of the company’s innovations?

Innovation is and always has been at the core of what GlassPoint does. The company designed and deployed the fi rst and only “once through solar steam generator” for the oilfi eld. We took the same oncethrough boiler design deployed worldwide for thermal EOR and found a way to boil water using concentrated sunlight rather than fuel-fi red fl ames. Compared to solar technologies made for power generation, GlassPoint made its equipment to integrate with existing surface facilities using the same oilfi eld water supply, and the same pumps, controls and automation systems that operators are familiar with. The other big innovation was to move the large mirrors that collect the sun’s energy from the dusty, windy outdoors into a clean interior space. That’s where the greenhouse structure comes in and really sets us apart.

By bringing the mirrors indoors, we realise both cost and performance benefi ts, such as automated cleaning and reduced material usage throughout the whole system. Today, we’re continuing down our innovation journey as we scale our technology and expand to new applications and markets. We operate a Research and Development (R&D) program in California, USA, where we’re currently testing next generation designs and concepts.

We’re exploring advancements to the greenhouse, new materials, and various integration processes to further reduce costs of our systems. Already, we’ve been able to implement a series of cost cutting initiatives with PDO that led to over 55 per cent cost reductions at Miraah compared to the pilot we did back in 2012. As we deploy more blocks, we will achieve additional savings. Financial innovation is equally as important to the organisation as technical innovation. We have a team of fi nancial engineers working on new fi nancing models that help oil and gas operators to deploy solar steam without providing upfront capital. By combining fi nancial innovation with technical innovation, we plan to unlock new opportunities to deploy GlassPoint’s technology in the GCC and around the world.

Where is GlassPoint in terms of EOR projects in Kuwait? What savings (cost and fuel) can GlassPoint bring to countries like Kuwait?

GlassPoint has had a local presence in Kuwait for a few years. We’re seeing new developments take shape and the sector expanding both on the oil and gas side, where the country’s fi rst heavy oil project is set to begin operating later this year, and on the renewables side, where His Highness the Amir has called for 15 per cent of Kuwait’s energy mix to come from renewables.

GlassPoint can contribute to both of these strategic priorities at the same time. Kuwait Oil Company (KOC) has set a sustainable production target of four million barrels per day (BPD) by 2030, including 270,000 BPD of heavy oil from Ratqa Lower Fars in the north. Producing Ratqa’s heavy oil will require one million barrels of steam per day to heat and thin the oil. The natural gas needed to produce this much steam is equal to a quarter of the country’s current gas production and would mean Kuwait would need to double its gas imports, just to meet the energy demand of this single oilfi eld.

GlassPoint’s solar technology can sustainably provide the majority of steam required for Ratqa at less cost than imported gas. In future Ratqa developments, the gas demand may increase to over half a billion standard cubic feet per day (500 million standard cubic feet per day). By using solar instead of imported gas, the country stands to save hundreds of millions of dollars each year. In addition to the fuel and cost savings, GlassPoint’s projects provide Kuwait’s oil and gas sector an opportunity to be a major stakeholder in bringing H.H. the Amir’s renewables vision to life. Half of Kuwait’s renewable energy target can be achieved by using GlassPoint’s technology at Ratqa alone.

“Demand for our solar steam generators will rise as Oman and other countries in the Gulf region develop their heavy oilfields.”